What has more influence: Offense or Defense? 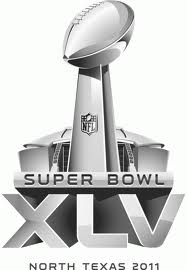 With the Super Bowl less than a day away, there is no shortage of information, opinions, and statistics floating around pertaining to the big game. You’ll certainly hear about how Pittsburgh’s pass defense needs to slow down Aaron Rodgers and the Packers’ passing attack or how Green Bay needs to find a way to get the running game going against the Steelers’ league-leading rush defense. But which unit is most likely to dictate which phases of the game?

This is not the first study of the influence of Offense versus Defense. Recently, Brian Burke at Advanced NFL Stats found that offenses have a wider distribution than defenses. I’m going to dig a bit deeper and look at which statistics are more influenced by the offense and which are dictated by the defense, and whether this influence holds in actual matchups. Instead of simply looking at the standard deviation of team stats, I’ll look at what actually happened when a top offense faced a top defense or an average offense faced a poor defense.

I looked at all regular season games since 2002, with multiple statistics pertaining to passing, rushing, and turnovers. For each game, I look at it from the perspective of each team for every stat. The dependent variable is what actually happened in the game, while the independent variables are the season averages for the relevant offense and defense.

Here’s a quick example: say Detroit played Minnesota. Coming into the game, Detroit had a 6.0 Pass YPA on offense and a 7.0 average on defense. Minnesota had numbers of 6.3 and 6.8. In the actual game, Detroit average 7.4 yards per pass and Minnesota, 5.2. I would end up with two rows in my data for this game:

After running this for each statistic, I found that while offense generally has more influence, it varies widely depending on the part of the game you are looking at. In the chart below, we see that offense firmly controls how often they allow sacks and how many yards per attempt they throw for. Rushing is almost exactly equal, but interestingly enough it is the defense that determines how often an interception is thrown.

For those statisticians out there, you’ll notice that the r-squared values are low. This is to be expected as in any single game there is bound to be a lot of random variance. However, I’m only concerned here about the part that is measurable, and what portion of that is attributable to the offense or the defense.

So what does this mean for tomorrow’s Super Bowl? Both teams are in the top 5 in passing efficiency on both offense and defense. But as we see here, it’s the offenses that are likely to determine what happens more than the defenses, especially through the air. The one area where the defense might make an impact in the passing game is interceptions, and in a game this close, one big play could be the difference.

5 Responses to What has more influence: Offense or Defense?